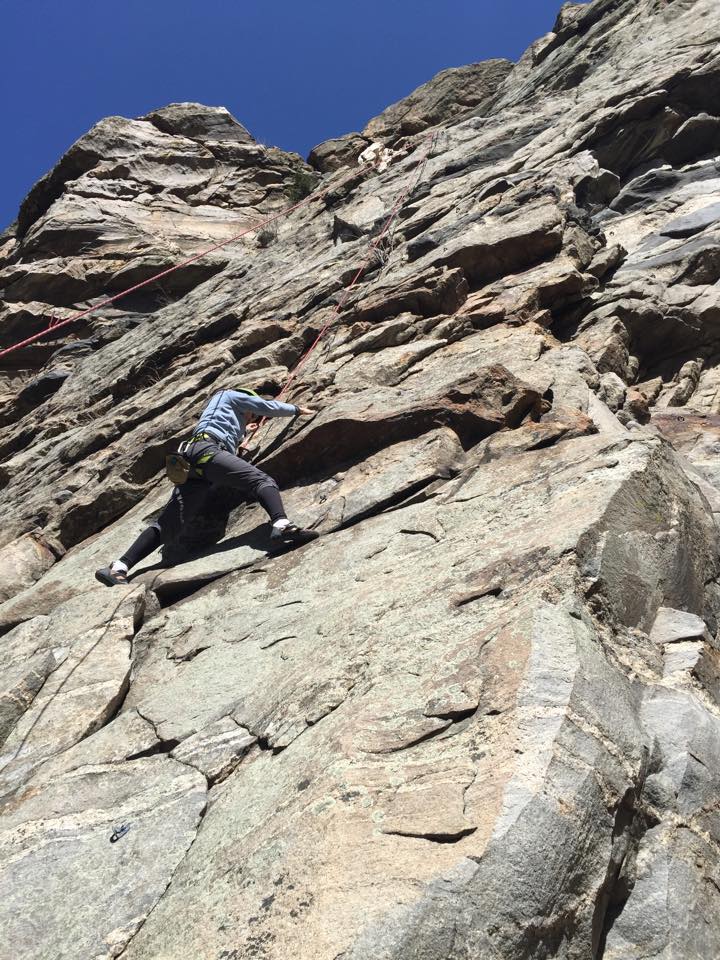 I spent last weekend in Boulder, Colorado rock climbing for the first time in years. It was a reinvigorating weekend with a dear friend who had first introduced me to the sport.

I reflected on why I love rock climbing so much and how many parallels I find to entrepreneurship. So many of us are climbing steep, unpredictable and unforgiving walls – and the more innovative and groundbreaking the concept, the steeper those walls are.

The smallest ledge can provide stability as a foothold. Sometimes a small ledge provided more stability than a larger one that had unseen crumbling rock. Sometimes that small ledge took a few seconds to gain stability on. But there was always some support to find, and finding one motivated me to find the next one.

Trusting in my instinct – and then going for it with action – were the only ways I was going to get to the anchor at the top. Yes, there were some moves that took longer than others as I contemplated where that next step would position me. However, without a decision I’d be stuck on the rocks, and at some point, just making a move and seeing where it placed me made more sense than staying put. Also, the longer I stayed in one place, the more tired my muscles got from holding that one position.

The times I felt I couldn’t go up further were those when I was fatigued or got distracted. When I’m climbing, distraction for me takes the form of rounding an edge and seeing other horizons. At those times, I am almost immobilized by the sheer magnitude of where I am and what I’m attempting, a tiny speck literally scaling a steep wall. Fear starts to grip me.

At those times, I take a deep breath, focus in front of me and look for that next small step.

5 Replies to “On the Rocks”