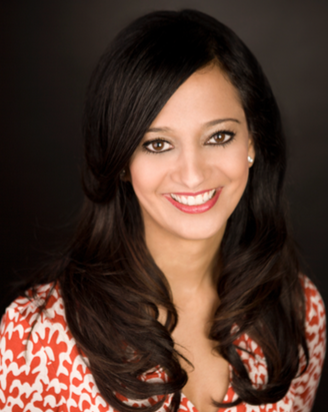 Jalak Jobanputra is Founding Partner of Future\Perfect Ventures, an early stage venture capital fund in NYC focused on next generation technology such as blockchain and machine learning. FPV’s portfolio includes Abra, Blockstream, Bitpesa, FuseMachines, Everledger and Blockchain. Jalak was awarded Institutional Investor’s Most Powerful Fintech Dealmakers from 2016-2018. In May 2018, Jobanputra was awarded Microsoft’s VC Trailblazer Award for “her early and bold” investments in the sector. She has been listed as a 100 Most Influential Fintech Leader of 2016 and 2017 based on her investment strategy at FPV. In 2017, she was cited as a “Top 5 Investor Powering the Blockchain Boom” and Crunchbase noted FPV as one of the top VC funds in blockchain “before it was cool”. Since founding the firm, she has spoken on blockchain technology, IoT, and artificial intelligence at many global conferences, including the Milken Global Institute, Dutch Development Bank/FMO Annual Meeting, and The Economist Buttonwood Gathering. She also founded Collective Future, an organization to foster diversity and inclusion in the nascent blockchain sector. FPV’s incubator FPV Labs was selected by the NYC Economic Development Corporation in January 2019 to operate the NYC Blockchain Center, a unique private-public partnership formed to serve as an access point to the growing blockchain ecosystem and collaborate with elected officials on policy initiatives.

Jobanputra was previously Senior Vice President at the New York City Investment Fund (NYCIF), a private economic development fund, where she managed the fund’s technology and digital media venture investments. While there, Jobanputra spearheaded the formation NYCSeed in 2008, a seed fund dedicated to funding early stage tech entrepreneurs in NYC, in response to a market gap in seed funding at the time. She was also on the selection committee and served as a mentor and speaker for NYCSeedStart, NYC’s first summer accelerator program, and helped launch the FinTech Innovation Lab, which has since been replicated in London and Hong Kong. Jobanputra worked closely with the Bloomberg administration and NYCEDC to implement initiatives to help diversify the NYC economy through NYC’s growing tech/digital sectors and served on Governor Paterson’s Small Business Taskforce. Her portfolio at NYCIF included outside.in (acquired by AOL), Thumbplay (acquired by Clear Channel), Schoolnet (acquired by Pearson) and TXVia (acquired by Google), in addition a debt instrument to Grameen America, and seed investments in Magnetic, Ticketfly (acquired by Pandora), Enterproid (acquired by Google) and SeatGeek.

Prior to NYCIF, she was a Principal at New Venture Partners, a $300 million early stage venture fund that commercialized technology out of corporate labs. At NVP, she founded and served as interim CEO of Real Time Content (spun out of British Telecom) in 2005, a personalized video ad platform, and was a Director of Procelerate Technologies, a SaaS workflow management tool for the aerospace industry. She also incubated a range of other technologies, including speech recognition/NLP, 3D displays, video surveillance, 4G wireless broadband, and music recommendation software. From 1999-2003, Jobanputra was at Intel Capital in Silicon Valley, where she invested in enterprise software, internet and digital media startups, including Demantra (sold to Oracle), Extricity (sold to Peregrine), Viacore (sold to IBM), R Systems (IPO), Financial Engines (IPO), Yodlee (IPO) and Zinio. In 1997 in NYC, in the early days of Silicon Alley, she launched and managed product development for online financial information startup Horsesmouth. She began her career in media, telecom and tech investment banking at Lehman Brothers and Broadview in NYC and London.

Jobanputra is also active in supporting education reform and social entrepreneurship. She served as a Trustee of Achievement First Bushwick Charter Schools (Brooklyn) and sat on the Executive Committee of the Social Investment Council of Echoing Green. She is on the Board of Directors for the Center for an Urban Future, Advisory Board of L’Oreal’s Women in Digital Initiative, member of Mayor DeBlasio’s Broadband Taskforce, and former Access to Capital Subcommittee member of the US Secretary of State Women’s Leadership Council. Jobanputra served on the NYC Downtown Alliance “LM” Leadership Committee, announced by Mayor Bloomberg on Sept. 12, 2013, and served as a 2010 Mentor for the Unreasonable Institute in Boulder, a summer accelerator for social entrepreneurs worldwide. In 2003, she took a yearlong sabbatical from VC to consult on replication strategy for Gates Foundation funded charter schools, including the Big Picture Company. Jobanputra spent four months setting up microfinance programs and training women entrepreneurs in Dar es Salaam, Tanzania after receiving her MBA from the Kellogg School of Management in 1999. She graduated magna cum laude from the University of Pennsylvania with a BA in Communications from the Annenberg School and a BSE in Finance from the Wharton School.

Jobanputra was selected as an Outstanding 50 Asian American in Business in 2010 by the Asian American Development Center. She was selected as a US State Department Delegate to Indonesia in the summer of 2011, where she met with entrepreneurs, angel investors and business leaders to promote tech entrepreneurship. In November 2012 she participated in an Aspen Institute delegation to Amman, Jordan to meet with King Abdullah II, Mideast entrepreneurs and investors. Jobanputra has been asked to speak on entrepreneurship and innovation ecosystems by the Obama White House and throughout the world and has played a leadership role in the tech community on immigration reform. Jobanputra is a regular contributor on CNBC and BloombergTV and has been interviewed by MarketPlace Radio, Forbes, SeekingAlpha and other national publications. She can be found at @jalak or on her blog, thebarefootvc.com (named a top 10 investor blog by several sources including Business Insider).