NYC and Tech: Perfect Together 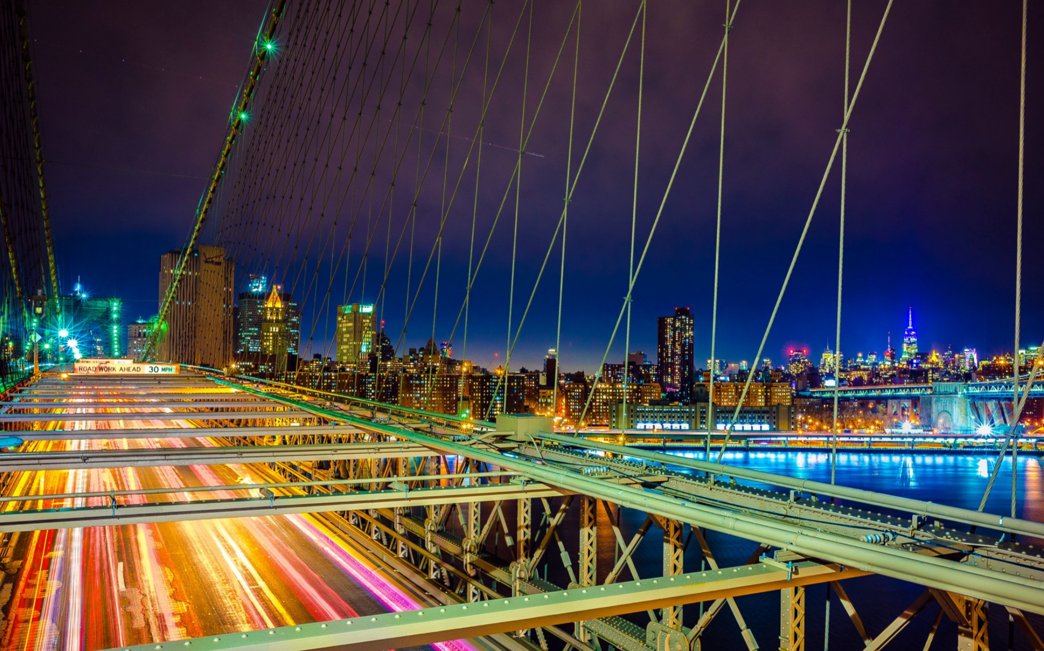 In my years in and out of New York City, I have never been more bullish on the entrepreneurial climate in the technology sector here than I am now. Before I get responses detailing the myriad of challenges the city faces in the wake of this financial calamity: I know the city is undergoing a transformational change. But what is not being documented nearly enough is the positive elements of this transformation. The worst thing we can do is buy into the notion that all is doom and gloom. The entrepreneurs and companies that can be positive through this short term adversity and change, and in fact leverage it to their benefit, will prevail and thrive.

Historically, times of crises have spawned the most innovation, in music, in the arts, in business, in technology. It is when we are forced to re-think our traditional ways of doing things with limited resources, not when we have seemingly unlimited resources, that we truly innovate. We must make do with less, and in the process of doing so, new ways of doing things are born. IBM was founded during the “Long Depression” of 1873-1896, a time period when US banks collapsed twice and silver was demonetized. However, technologies it was creating were in demand despite the bleak economic environment. IBM has undergone many transformations since then, but has thus far been able to adjust its business models to changing market conditions. More recently, think back to the Internet bubble of the 90’s, many companies raised too much money, too fast, at too high valuations. Many of them burned through the cash without discipline and without clear strategy, and could not pull in the reigns quickly enough when needed. The ones that were nimble and resourceful, and truly served a market need, survived.

In my view, what makes today different than the last tech downturn is the proliferation of technology in the mainstream culture, and digital media is an integral element of this. Many ideas that were generated during Web 1.0 were ahead of their time: broadband was not yet ubiquitous, servers and storage were still expensive, smartphone penetration was low and overall consumer Internet usage was low. Now, with the Web in its third or fourth iteration (depending on who you talk to), many of these barriers have fallen. We’ve reached critical mass of consumer adoption, not only in the United States, but throughout the world.

In many ways, consumer applications have led enterprise adoption this time around. Social networking technology has now reached into the enterprise (eg, Socialcast, Kickapps, Twitter), helping companies harness internal knowledge as well customer feedback on a real time basis. As Gen Y, who do not know a world without the Internet, customization and instant communication, continue to amass spending power and influence, this trend will only accelerate. Interestingly, ComScore’s latest statistics on Twitter usage indicate that usage is growing fastest amongst the 35+ demographic, showing more mainstream adoption. Potentially accelerating these trends is President Obama’s stimulus plan, which contains numerous loans, grants and incentives aimed at boosting the digital economy in schools, healthcare, infrastructure and the energy sectors.

For all these reasons, and ironically because this city has been at the epicenter of the financial crisis, I believe NYC is well positioned to play a significant role in the eventual recovery. NYC has an unparalleled concentration of talent in the industries most relevant to digital media: content creation, advertising, journalism, art and design. Additionally, the city houses a diverse population, at both the individual and enterprise levels, that uses technology, from location based mobile services to social networking sites to trading platforms. Further, the intersection of the “creative classes” in a small geographic area spurs spontaneous interactions that I have seldom experienced elsewhere. I’ve lived in San Francisco, Boston, London, Chicago and Dar es Salaam, and spent much time abroad, from the remote regions of Burma and Ladakh to the sprawling metropolises of Mumbai and Sao Paulo. I keep ending up back in NYC due to the vitality that exists here. I know architects who’ve developed iPhone apps, artists who’ve started Web design shops and photographers who’ve founded new media companies. Not to mention ex-Wall Streeters who are starting innovative new financial services firms. Developers who once would have gone to Wall Street are now being recruited by Google and online advertising startups who can benefit from their quantitative skills. According to Mark Josephson, CEO of outside.in, there are more bloggers in Brooklyn per capita than anywhere else in the country. While the traditional media industry is being hit, many new media companies (HuffingtonPost, Propublica) are proliferating with alternative business models right in our own city. As people lose their jobs in the traditional sectors we must make sure that we can harness the talents and vast experience that exists here and build upon a relatively nascent startup culture. So how do we do this?

The Guardian had a post on the McKinsey/World Economic Forum’s innovation map
a couple months ago. Innovation was gauged by patents – Silicon Valley was the clear leader but Tokyo was also near the top. However, patents are only one part of the innovation story, which is why Tokyo is not usually considered a startup mecca. A well honed ecosystem to support entrepreneurs must also exist, similar to what exists in places such as Silicon Valley and Cambridge/Boston. Components of this ecosystem include the following:

Funding: From experienced angels to seed stage funds to expansion capital, these regions all have an abundance of investors who provide dollars as well as expertise spanning economic cycles. These investors work with local law firms who specialize in venture deals and are knowledgeable about market terms. Term sheets are not laborious; they reflect a balance between protective provisions and appetite for risk.

Serial Entrepreneurs: The emergence of serial technology entrepreneurs is relatively new in NYC and one that bodes well for the staying power of the sector. Witness Dave Morgan’s recent announcement of his new company Simulmedia. He founded Tacoda in 2001 (note the year) and sold it to AOL in 2007 for $275 million. These entrepreneurs serve as angels, and as seasoned veterans of startups who can mentor and provide inspiration to a whole new generation of entrepreneurs, in addition to starting companies themselves.

Startup Culture: Having lived and invested in Silicon Valley, I can attest that the acceptance and embrace of failure is key to its success and culture. Silicon Valley residents, in their quest for the next Google or Intel, view failures as learning experiences and temporary setbacks to their eventual success. In contrast, in NYC, failure is often viewed as only a negative. I have noticed this starting to change by the very fact that there are a large number of people who are experiencing “failure” (ie layoffs) for the first time and realizing that it’s not the end of the world. Additionally, they are more willing to take risks, including starting their own companies, given that many jobs that they would have pursued no longer exist. These attitudes don’t change overnight but I am starting to see a perceptible difference, which again bodes well for entrepreneurship.

Universities: By now we know the important role that Stanford and MIT have played in spawning startup companies from its students and professors, and how the benefits have rippled through the regions in which they are located. Supporting entrepreneurship at universities must be ingrained in the culture from the top down, from the President to professors to tech transfer offices that look beyond royalty streams. Columbia, NYU/Polytechnic and other NYC universities have recognized the need to do this and have implemented programs to support entrepreneurship.

I have seen an increasing stream of solid, thought out business plans from NYC entrepreneurs over the past few months. This recession, like the dotcom bust eight years ago, is weeding out the speculators looking to make a quick buck. What I see in abundance are passionate founders and engineers, willing to sacrifice in the short term for a long term vision. I see business plans that take into account more realistic ramp and show an understanding of the markets they are entering and, in some cases, disrupting. There is no shortage innovation and talent here, but we must make sure to nurture it so that we can fully capitalize on the massive amount of opportunities that lay before us.

One Reply to “NYC and Tech: Perfect Together”