How The Blockchain Can Unshackle Us 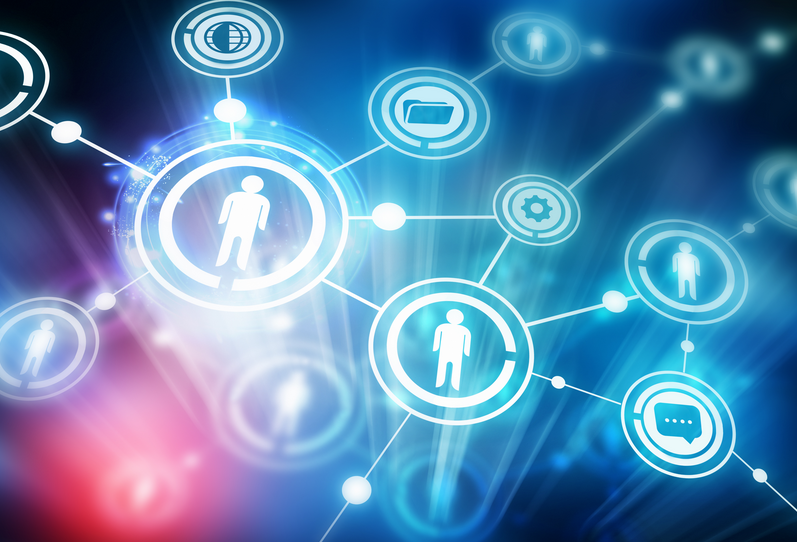 Once every 20 years or so, new technology comes to market that has the potential to change how we communicate, how we do business, and pushes the boundaries of everything we thought was possible. In the 1970’s it was the personal computer; in the mid-1990’s, the commercial Internet.

We are now in the early stages of another major technological development called the blockchain. The “blockchain” is a distributed consensus system that allows transactions, or other data, to be securely stored and verified without any centralized authority. All transactions are part of a chain, verified in blocks via different nodes in the network (hence…the blockchain) – through mathematical algorithms which ensure that transactions cannot be tampered with once they are recorded. The transactions are stored on a global ledger (which is why the concept is often referred to as a distributed ledger). While banks are currently testing out the technology for some of their back office functions, transactions on the blockchain don’t have to be financial; the data being transmitted doesn’t have to be money. The system only needs a token (right now Bitcoin is the most popular one) that can carry transaction data through the network, and an incentive system in place to reward the nodes (right now, “miners”) for utilizing their computing power to verify transactions.

Why Is This Technology So Important?

The graphics below display how I’m thinking about this technology fitting into a more general shift we are seeing from unconnected computing (personal computers), to distributed client/server/cloud computing (the era we are in now), to a peer-to-peer, decentralized model where machines, people and companies are directly connected without being routed through a central server or intermediaries. The Internet of Things (IoT) cannot happen without these peer-to-peer connections that can offload transactions from a single central pipe. Gartner forecasts 25 billion new sensors will be deployed between now and the end of this decade – many of these will require machine to machine microtransactions, involving data, software updates and potentially “smart contracts” (events that occur if something else happens – ie, release of money from an account if a solar panel is utilized).

Three components of these transactions are interesting – 1) they are micropayments enabling a larger number of friction-free transactions; 2) the amount of data created by this decentralized network will be staggering, and thus technologies such machine learning and cognitive computing become more important; and 3) due to lower transaction costs, more people around the world will have access to goods and services that were previously out of reach.

Furthermore, data now truly becomes currency, and we will be able to transact with disparate data – akin to a “digital barter” system. Even more exciting, this new currency will be programmable -a concept which is now referred to as smart contracts.

You could look at our cell phones as nodes. In the Internet of Things, a refrigerator can be a node. My smart watch can be a node, and I can also be a node. That’s where I think the blockchain and identity become interesting for individuals. We carry all this information with us. The global ledger could allow every one of us to store our own data in a highly secure “vault”. We then will be able to decide which pieces of data we want to transact with. For example, right now every time we go to a new doctor’s office we have to write down all of our medical history. Imagine if your medical history, medications, and surgeries were all discrete pieces of data on a blockchain. Then you would be able to authenticate and send the data you wanted to transfer to different parties – whether it’s a new doctor, an insurance company, a research study, or a relative. You would also have the security of knowing that the data could not be hacked (large health insurance company databases are a target for hackers, as health records command a premium on illicit sites).

Let’s look at three other ways we may use this technology in the future.

Finance
When assets exchange hands, it’s difficult to prove who owns what, especially when transactions are happening quickly. This leads to outright failures in the system from improper accounting (similar to what happened to banks in 2008, when so many assets traded so quickly that no one could track the underlying integrity of those assets), or a need for a large amount of reserves, which ties up capital and makes it expensive for all of us to do business. Blockchain technology can address this.

The ledger records who owns what, and allows anyone access (with proper provisioning) to that one global database. A bank or buyer can digitally ask the blockchain to make sure the other party owns what she says she does. This can happen near instantaneously. Now we will not have to pay extra overhead costs for all the people that double check records, and banks should theoretically charge lower fees.

Now think about the billions of people around the world who don’t have bank accounts. When we apply for a loan in the United States, we are assessed on our prior recorded financial history, and whether we have proven that we can responsibly pay back our lenders. Over 2.5 billion people in the world are unbanked with no recorded financial history, a fact that severely restricts whether they are able to pay for their children’s education, expand their livelihood, or get through a rough crop year in the case of farmers. Imagine if you could verify that person’s identity, their trustworthiness through a verified record that cannot be tampered with. Think of the economic opportunity that will open up for individuals and businesses if they are able to access financial services such as savings accounts and loans. You would be more likely to do business with them if you could assess the true risk of lending to, or transacting with, them.

Real Estate
The average individual in the United States will move 11 times in her lifetime. Most buyers and sellers make use of escrow and title companies for 3rd party verification – to reduce risk of fraud (forgery of documents) and ensure the deal will go through. This escrow fee can be 1-2% of a home’s value. Title insurance is also huge industry: read this eye opening article documenting how “title insurance in the U.S. emerged in the 1870s as a way to protect buyers from dubious real estate deals”, and now the sector “enjoys a loss ratio of just 7 percent – for every $100 collected in premiums, it pays out just $7 in claims”. By using the blockchain, to prove ownership, homeowners can transfer ownership without large fees.

A home’s data could also be on the blockchain – all repairs, chain of ownership, history of electricity, etc. – providing an immutable record of ownership so that a potential buyer has all the information related to that home. The more information a seller makes available the better price she may be able to negotiate for that transaction. This transparency and efficient market can create value for both the seller and buyer and can also incentivize owners to take better care of assets.

Art
The art market is one of the largest unregulated markets in the world, accounting for one-third of the amount of crime just behind drugs and guns. Tens of millions of dollars are transferred with little documentation. The current system makes it difficult to track the history of a piece of art, otherwise known as a work’s provenance.

As a global public ledger, the blockchain can add more transparency in this market – every piece of art can be registered on the ledger and each exchange of the artwork, along with the value of that exchange, can be recorded. Forgeries will not be possible, as the artwork’s initial authentication will serve as the immutable record. Right now so much of art’s value is determined by a small group – the blockchain can remove this subjectivity as well as allow greater access to art as an investment for a larger number of people.

The Future
These examples are just a starting point. Just as we never envisioned a world where we would carry around fully connected supercomputers (smartphones) in our wallets a mere 20 years ago, we can’t even imagine all of the applications of the blockchain today. But the fact that companies like Goldman Sachs, IBM, Cisco, and institutions including the World Economic Forum, International Monetary Fund and Bank of England are experimenting with the technology, shows that this is not a flash in the pan concept. It is here to stay.

A blockchain-enabled world will be one that creates trust between transacting parties without the need to know them personally. This is why the concept is often referred to as “trustless trust”.  Our current system uses checks and balances at a cost to each of us. A blockchain world will not only allow faster, cheaper and truly global transactions, but will also allow each of us to control and track the distribution of our own data. The combination of blockchain technology, machine learning, and development of relevant applications, can unlock unprecedented economic opportunity throughout the world.