One-Hit Wonder, or the Secret to Longevity 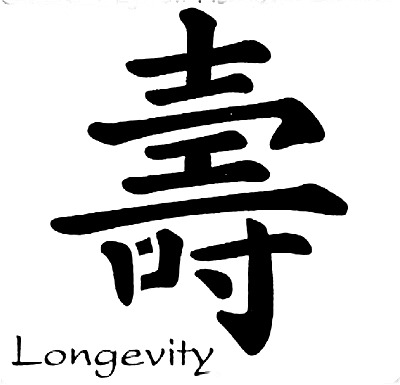 Watching the Grammys last night made me think of one-hit wonders. Hopefully some of the winners (and you know who I’m talking about) won’t be relegated to that fate – an answer on “Jeopardy” or fodder for Trivial Pursuit “The 2010s”. Hopefully some of them will have careers as long as Springsteen, or Sting, or the Rolling Stones. We know it takes hard work, good timing, resilience, talent and some luck to succeed the first time around. So, in addition to these traits, what’s the secret to career longevity? I pulled together a few that I’ve observed:

Openness: The more successful someone becomes, the easier it is to live in a bubble. You are surrounded by people who will tell you what you want to hear. Same thing with companies that are market leaders – it’s harder to innovate when you are drinking your own Kool-Aid (i.e., think you are invincible). It’s important to step out of a comfortable environment and be challenged once in a while. Openness is how large companies survive and how startups pivot – they are aware of market conditions and make changes to adapt, or more optimally, to stay in front of the market. It’s how people embark on new careers. One of the reasons I call this blog The Barefoot VC is that I believe it’s important to feel the earth, to take off your shoes (literally and figuratively), and walk in different terrains. That’s the only way to discover new ground.

Curiosity: The most successful people I know are insatiably curious. I’ve seen this in my parents, who have constantly been learning in life and who instilled in me a love of knowledge, discovery, and travel. They are also humble. The more curious you are, the more humble you become, as you realize there is so much more to learn. I remember when Sting’s album “Dream of the Blue Turtles” (still one of my all time favorites) came out in 1985. It was his first solo effort after The Police disbanded, and he could have played it safe. Yet he brought together out some of the world’s best jazz musicians to create a new sound that combined jazz, pop and rock. Curiosity enables re-invention.

The Golden Rule: One should treat others as one would like others to treat oneself. Integrity and empathy are not often mentioned in the business world, but the world is getting smaller and at some point breaking the Golden Rule will impact your ability to have a fulfilling career. I’ve learned over time that “like attracts like” — if you conduct yourself honorably you’ll attract others that do the same. No one succeeds on their own, so wouldn’t you rather enable and be enabled by people you trust and truly enjoy?

Self-Awareness/Contemplation: Billie Jean King, who won 39 Grand Slam titles in her tennis career, said “I think self-awareness is probably the most important thing towards being a champion”. It’s important to know your strengths and weaknesses, but also your passions. I know countless talented, smart people who achieved significant success in their 20’s but are struggling in their 40’s. One thing they have in common is that external factors (money, fame) drove their initial success and they never stopped to reflect on their true passions. Life is a marathon, not a sprint (even though it feels like a sprint in this 24 hour news cycle). Do not be tempted to go against your true nature, instincts and passions – you will likely lose your way if you do. Self-awareness also helps distill relevant nuggets if you are curious and open (see above) — so that you are not overwhelmed, but instead fortified, by your newfound knowledge. And, last but not least, don’t be afraid to take some time out to discover (or re-discover) the things that drive you, as those time-outs are just as much a part of the journey as those long nights in the office.

One Reply to “One-Hit Wonder, or the Secret to Longevity”