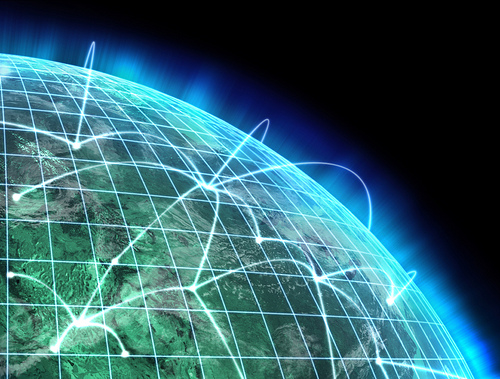 The title of this blog comes from a presentation I did at last year’s Web 2.0 conference in NYC, in September 2010. I overviewed the growth of the global internet and penetration, noting that the future of the Web was going to be driven by emerging countries, as mobile connectivity continues to be more ubiquitous and the West is largely penetrated. The slides are here:

While I haven’t updated the numbers, if anything, the pace of adoption has accelerated. We also have the experience of the Arab Spring, Japan earthquake and, more recently, Occupy Wall Street in the past year to highlight how global the Web has become.

That presentation marked the beginning of a year of travel for me. I’ve been MIA on this blog because I’ve traveled the world several times over during the past year meeting with, and investing in, entrepreneurs in emerging markets (20 hour flights, jetlag, numerous speaking engagements, constant meetings and bay area commutes made it challenging to write more than two coherent sentences together in anything other than an investment memo or a quick tweet!) I’ll go into greater detail on each market, and what I invested in and am excited about, in subsequent posts. But as I settle back into NYC, and am surrounded once again by innovation happening in the US market, I am struck by how many learnings can, and need to, cross borders to tackle the problems the world faces today. We now have the components for this in place: infrastructure through the Internet, mobile connectivity in the hands of billions of people throughout the world, and social networks such as facebook and twitter and skype.

Last week I attended a NYC screening of Tiffany Shlein‘s fantastic new documentary Connected which discusses a “new declaration of interdependence” created by technology. I highly recommend everyone go see it. It is a nuanced, layered film. In one section, she describes how the human left brain (logical,analytical,looks at parts) and right brain (intuitive,creative,holistic,synthesizing) are forced to work together more in the connected, information overload, multitasking world we are now living in. She notes it is those people that can meld the two (and she uses the early example of Leonardo daVinci who synthesized these spheres more than most) that will be the leaders and problem solvers in this new world. In the Industrial age that swept across the West, the right brain was more valued, as machines and people specialized to create mass produced goods. On Wall Street, the right brain has been more valued, apparent in the ever thinner slicing of derivatives that resulted in the complete loss of perspective of their impact in the bigger economic picture. The Italian Renaissance, Gupta dynasty in India and Ming dynasty in China were periods of more balance between the logical and creative and resulted in stable, cultured societies which fostered much innovation across sectors. They key is balance, as specialization is also a necessary component to progress (ie, Intel’s “Copy Exactly” strategy). To look at this on a more recent macro level there’s a great article The Art of the Posse-able on the Philanthrocapitalism site, based on the book of the same name by Matt Bishop and Mike Green, which discusses interdisciplinary and group approaches to tackling global challenges such as malaria eradication.

The importance of this connectivity applies to cities, individuals, companies, as well as nations and global causes. When I gave the opening keynote at NYC’s first Entrepreneur Week in 2008, I noted that NYC’s interdisciplinary nature and density (ie, easy connectivity) would be key in overcoming the economic downturn, and that technology would be the enabler and accelerator. We’ve seen this play out in the disruption, and rebuilding of industries from media to retail (although unfortunately recovery has not reached everyone, and that’s another post). On an investor panel a year later, I was asked what I look for in a company I’m investing in, and while I agreed with colleagues on the importance of the size of the market, the team, etc, my answer differed slightly: I want to change the world and want companies I invest in to aim for the same. It is through supporting and investing in a portfolio of brilliant, passionate entrepreneurs who are building game changing businesses that potentially impact the lives of billions of people that I am able to leverage my own experiences to change the world more than I could on my own. The key is also connecting companies in my portfolio, creating those permanent and temporary “posses” discussed by Green and Bishop, to maximize impact. The sum of these connections and experiences, IF shared, is exponentially greater than any individuals or companies. In my last post I wrote about my own personal and career path, in which I have traversed disciplines, sectors and geographies instead of a linear progression (in opposition to the advice of many). While I did it do follow my own passions (which happen to cross my left and right brains) and my belief that every person needs to chart their own path and not blindly follow the status quo, there is no doubt that the resulting perspective is much richer and useful in today’s world than a siloed one.

When I attended a startup showcase in Jakarta, Indonesia this past July, I met a 17 year old high school student who came to me (in broken English) with 5 startup ideas, all of which had promise if developed in the right way. It is hard not to be wildly optimistic when I come across minds like that – but we must be open to crossing oceans, borders and disciplines to enable him and billions like him. We need to be connected. While there is much doom and gloom out there right now, I have been encouraged by the sharing of ideas and innovations that I’ve seen from Brooklyn to Nairobi that are products of the hyperconnectivity that technology has enabled over the past few years.

We have moved from a siloed, individualistic world to one that is hyperconnected and there is no return. We are interdependent. It is how we harness these connections, at personal, interpersonal and macro levels, that will determine individual happiness, progress, and global prosperity. We have all the tools we need to make it happen. In future posts I will highlight examples of how it’s already happening — and would love examples from all of you!