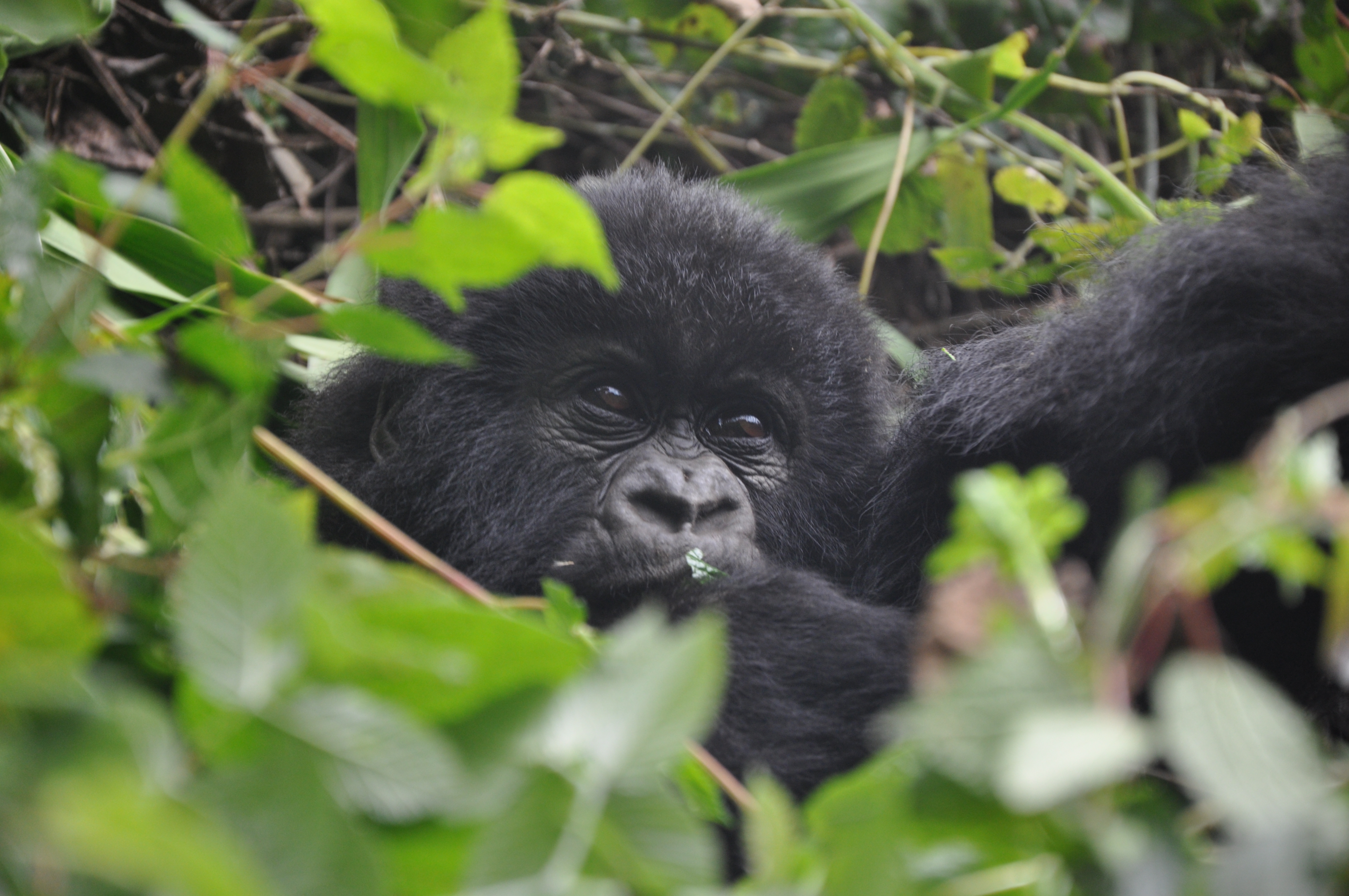 Yesterday I went mountain gorilla tracking in Volcanoes National Park in the Virungas. Unlike the elusive chimpanzees I tracked a few days ago in Nyungwe Forest, visitors are able to get very close to the animals. Several habituated groups exist, and the one I visited was a particularly playful one, so much so that one of the toddlers kept coming up to me to peer into my camera lens. This was much to the chagrin of my guide, as the dominant silverback was a few feet away and kept looking over. The hour I spent with them was magical, as it gave great insight into the lives of these creatures. They are inquisitive, gentle, massive and muscular and therefore quite destructive as they move through the forest (graceful they are not!), but love to play. I sat transfixed watching the silverback grooming one of the younger ones, while several others engaged in a well spirited wrestling match nearby, and others tumbled out (quite literally!) of the forest to watch. Looking into the eyes of the youngest ones was not unlike looking into human babies’ eyes, with that same look of wonder and curiosity staring back at you.

As I watched them, I wondered what these gorillas think of the destruction that humans have caused in the region. Despite their size, the mountain gorillas subsist on a vegetarian diet and will fight only to defend their groups. Yet many have been the victims of poachers and rebel groups in the Congo. Their habitat has been disturbed by refugees fleeing the genocide and the Congo civil war. In 2007, National Geographic chronicled the murder of a gorilla family with moving photos taken by Brent Stirson.

Then I read the NY Times this morning, with news of a bloody week in Afghanistan, more bombings in Iraq, and increased violence in Chechnya. And I know what these gorillas would think. They would come close, peer into our eyes, shake their heads, maybe lift their fingers to their heads, and return to their play.