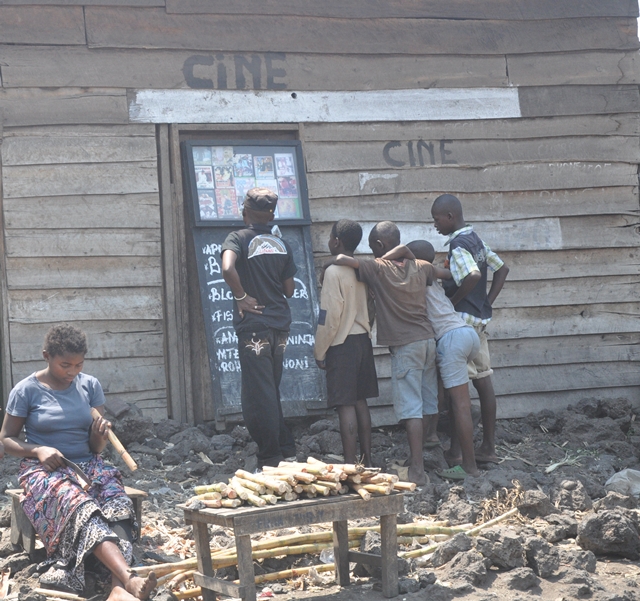 Today I crossed the border from Gisenyi on Lake Kivu into Goma, in the Democratic Republic of Congo. One of the first sights I saw were large UN and Red Cross vehicles. The Indian Army, via the UN, was out in full force. And the terrain changed drastically. The city and its surroundings are covered in black lava stone, remnants of a major volcanic eruption in 2002, and the destruction is still very visible. Yet another example of nature wreaking havoc on a population that already has seen so much suffering.
My hope for the people in DRC is that they may one day soon be on the same path to development as its neighbor Rwanda is. It is truly tragic that countries with so much natural resource have the most conflict and suffering inflicted on its people. But two of my favorite pictures I took today are below, two girls who manage to laugh and play amidst it all and boys gathering around a makeshift “cinema” (a TV with a VCR) to see what is playing. Proves children are children wherever they are in the world….