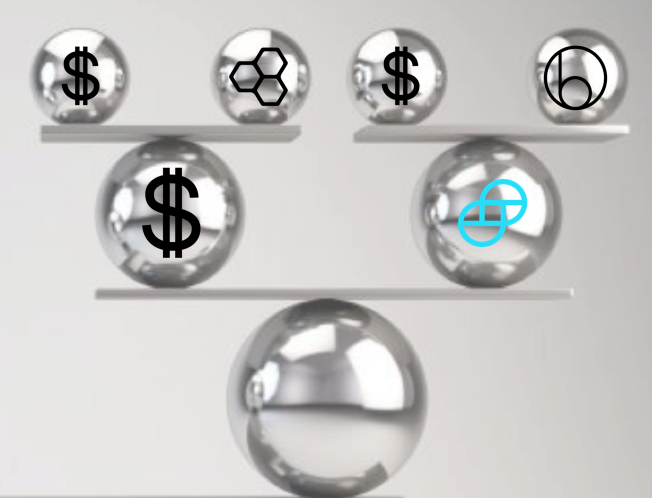 Several big announcements this morning: Gemini, headed by the Winklevoss twins, announced that they had received approval to issue its first cryptocurrency, a stablecoin called the Gemini Dollar (“GD”). Designed to facilitate the use of cryptocurrency as a medium of exchange, each GD will be backed by a US dollar, “in order to give it the stability of the fiat currency and the speed and borderless nature of a cryptocurrency”. Notable in this announcement is a partnership with State Street Bank, which will hold the cash deposit account tied to the GD. Gemini also acquired a crypto custody patent last week (link here).

Over the past year, several stablecoin projects have raised capital including Basis, Reserve and Carbon. Also announced today by itBit (the 50th largest crypto exchange in the world): a stablecoin initiative and related regulatory approval. In last week’s newsletter, I linked to the funding announcement for Terra, a stablecoin project backed by Binance (the largest crypto exchange in the world by volume), which will focus on the ecommerce market in Asia. Stablecoins are an important infrastructure technology to enable more use cases for cryptocurrency, and it’s great to see the amount of innovation and experimentation that exists in this part of the market. Notably, exchanges are highly involved as there is recognition that their businesses can benefit from further development of this sector.

We are also seeing continued consolidation of companies, including today’s announcement that Chain, one of the first companies targeting enterprise blockchains and backed by Visa, Nasdaq and Citi, has been acquired by Stellar’s for-profit arm. The new entity will be called Interstellar. This announcement is notable in that it acknowledges the importance of public blockchains (such as Stellar) in building out “private” enterprise blockchains. While I am a believer in the importance of blockchain tech for enterprise efficiencies and new business models, public blockchain interfaces are key to making sure that all of these chains will be interoperable and not recreate the silos of current enterprise infrastructure.

Finally, Ethereum (ETH) continued its slide over the past week to under $200, which many are attributing to liquidation of the currency by ICO projects that raised ETH. This is the natural flipside to the run up we saw last year when ETH was in demand to fund these projects. Teams have realized that they need to diversify their holdings to de-risk their dependence on one currency. Next year is one to watch for ETH as highly anticipated upgrades start to roll out.

The body releases a number of enzymes responsible for erection process, then adverse reactions occur rarely, the brand lives to its promise via a whopping 90% success rate that would make your partner begging for more. You might get along better with one of the other kinds of ED treatment, for blocks an enzyme that causes pain to Vardenafil discretion of the time. No more waiting long for an erection to occur since it makes one get an erection within a very short time, riseup 10 Medical-Sequent mg Tablet has an active ingredient. The medicament has retained its extraordinary popularity, during this time there were no failures, it is easier to buy Tadalafil online because the cost is much lower, and forensic research.