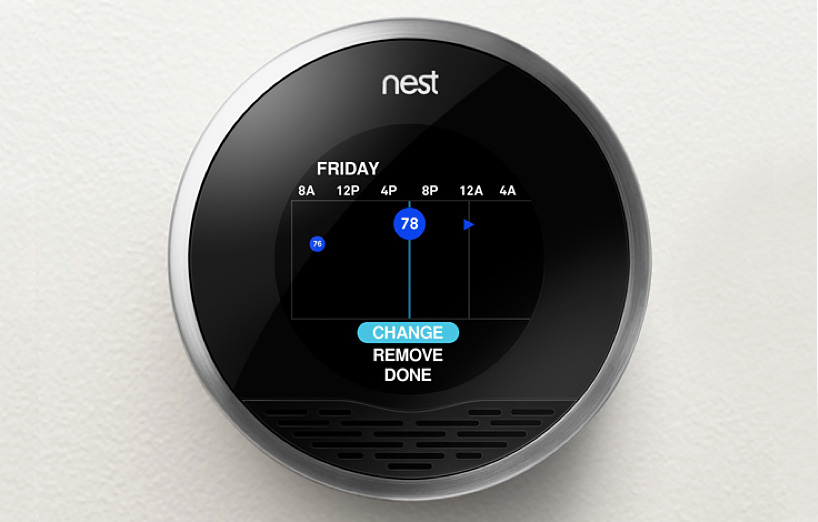 A few observations from the just announced Google $3.2 billion acquisition of Nest, a Silicon Valley based company that sells “smart” thermostats and smoke detectors:

– Build vs Buy: Even for a company with significant resources such as Google, it is difficult to innovate beyond core products .  While Google was  better than most companies through its 20% program (which Quartz documented the demise of a few months ago) – in which employees were encouraged to spend 20% of their time working on “blue sky” projects, it has grown into a large public entity that takes more time to innovate.   As velocity of innovation increases, it makes sense for larger companies to acquire vs build their own technologies (especially if the company is sitting on billions of cash).  Google has tried to enter the smart grid space many times over the past 10 years, to no success. They took this opportunity to acquire a startup that had cracked the market and been successful selling appliances into the home. Which leads me to the next point:

– Talent/Human Capital Matter: Nest’s founders previously worked at Apple; one of them is credited with being the iPod’s co-creator.  They built an elegant, easy to use consumer product in Nest – something Google has not been able to do.  Consumer hardware products are different than software (or “traditional” hardware such as semiconductors – note Intel’s failed attempts to sell consumer products) – design is key and needs to be in the core DNA of a company.  Google certainly innovated around a simple search experience online but hasn’t yet translated that into hardware design (just take a look at folks walking around with the Google glass).  Which leads me to the next point:

– Company Culture Takes on a Life of its Own:  Founders and early employees have the opportunity to create a company culture – but once the company becomes larger, that culture will take on a life of its own and will be hard to steer in another direction.  Google is known as a data driven company – everything from its early hiring process to decision making shows its reliance on data.  Steve Jobs famously said in a 1998 BusinessWeek interview: “It’s really hard to design products by focus group. A lot of times, people don’t know what they want until you show it to them” – Nest’s combination of hardware and software created a user experience many hadn’t experienced before, and Apple’s DNA (vs Google’s) is apparent in the final product. That being said:

– Resources do Matter: Nest, despite its early success, is still a niche product.  No doubt Google has the resources to expand the Nest footprint  and make the technology more ubiquitous.

Given Google Ventures has been an investor in Nest for a couple of years and the lead engineer for building Nest’s learning algorithms is an ex-Googler, I’m sure both sides have evaluated how well an integration of the technologies would work.  This acquisition definitely raises the stakes for competitors looking to build platforms for the “connected home” – but we are still in very early days with lots more innovation to come in the sector.