Leapfrogging into the Future 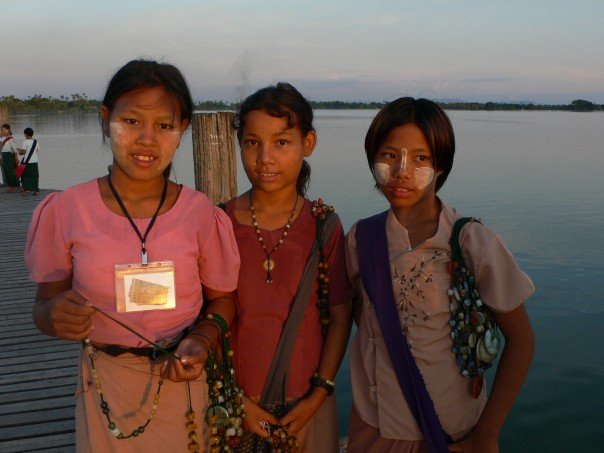 We live in strange times, and sometimes it seems that the world is spinning backwards. Donald Trump is a leading presidential contender and the North Pole saw December temperatures rise above freezing without any sunlight.   As every year comes to an end, I marvel at all of the unexpected twists and turns of the year.

One of my favorite parts of my job is interacting with brilliant people around the world –while speaking, emailing or via my blog. In a year of fascinating conversations, a few stood out. One such conversation was with a doctor from Burma. He approached me after I spoke about the potential of bitcoin and blockchain (at Summit Series’ Summit at Sea). He was intrigued by what this distributed infrastructure could mean for his work in Burma. We discussed how Burma is now the first “smartphone only” country in the world.

When speaking about the blockchain to many people in the United States, I get a puzzled look on why the technology matters. In other parts of the world, often considered “developing” – there are no explanations needed. Use a mobile phone to transfer money? Why not? There are no alternatives, no conditioned behavior of going to a bank branch – or carrying a piece of plastic to walk/drive to an ATM to get cash to store in a physical wallet. In many of these places, inflation and currency controls are a reality, and it’s often dangerous to carry around the cash they need on a daily basis. And furthermore, why shouldn’t the transactions be cross-border and interoperable, and not dependent on a specific mobile operator? And why should these transactions cost the poor more than they cost the wealthy?

I last went to Burma in 2007. I hitchhiked around the country (the safest I’ve encountered) given the lack of public transport. I didn’t take out my phone – still a feature phone, this was the year the iPhone was released – as I was told I may be followed and arrested if the government thought I was a journalist. I had been drawn to the country after reading Amitav Ghosh’s The Glass Palace, a novel that spans 115 years in Burma’s history starting in 1885, when the country was a major trading hub, a coveted British territory and a province of India. During my trip, I spoke to an older Indian couple in Mandalay who ran an antique shop that had gathered inches of dust due to lack of activity. They talked of making the decision to come to Burma instead of the United States, given the business potential they saw in Burma. At the time we met, years after that decision, they had to apply for a permit to leave their city. The sadness in their eyes communicated regret and hopelessness. They would never have dreamed of owning a smartphone, or ever again having connectivity to the world outside of their neighborhood. The college student I hired to take me around the ancient temples of Bagan had a mobile phone that he paid well over $1000 for – and knew it was likely being tracked by the government (hmm, that’s another post). Now, almost ten years later, sub $25 smartphones are broadly available there, and mobile operators in the Burmese market are focused only on smartphone applications for the networks – not even SMS messaging.

It doesn’t take much more of a leap to imagine that places like this will determine how the rest of the world will use broadband connected devices. And just like China, which leapfrogged brick and mortar stores to go straight to mobile commerce, and has also shown the rest of the world how chat, payments, gaming and commerce can integrate seamlessly – we have a lot to learn from the countries leapfrogging us.  Including Rwanda, which now has over 60% female representation in its Parliament – instrumental in healing the country from its horrific 1994 genocide.  When women and girls are creating technology on a broader scale, we will also see new usage models emerge.

I believe, in the future, we will see a disintegration of borders, of boundaries, of expectations we hold today. So much of what happened in 2015 showed us this. Yes, there are entrenched forces and people – individuals, governments and companies – who are digging in to reinforce these distinctions and power structures. But no matter how quickly they try to defend these, the forces of connectivity combined with humanity will prevail. Here’s to working together to fulfill the promise of this beautiful world in 2016. Happy New Year!

Come senators, congressmen, please head the call
Don’t stand in the doorway, don’t block up the hall
For he that gets hurt will be her that has stalled

And the present now will soon be the past
The order is rapidly fading
The first one now will later be last
For the times, they are a changing